Since its start, Earth Conservancy has sought to better the region through a variety of planning, reclamation, conservation, redevelopment, and education initiatives.  This work has earned EC local, state, and national recognition, affirming our ongoing contributions to progress in the lower Wyoming Valley. Earth Conservancy is truly honored to be part of the NEPA Nursing Home SOS Program, now a winner of a 2021 PA Governor’s Award for Local Government Excellence. Kudos to all our partners for the initiative’s success, including the AllOne Foundation, Luzerne and Lackawanna Counties, The Luzerne Foundation, and the Carbon County Community Foundation. To date, we’ve helped deliver over 2 million pieces of PPE to northeastern Pennsylvania nursing homes. 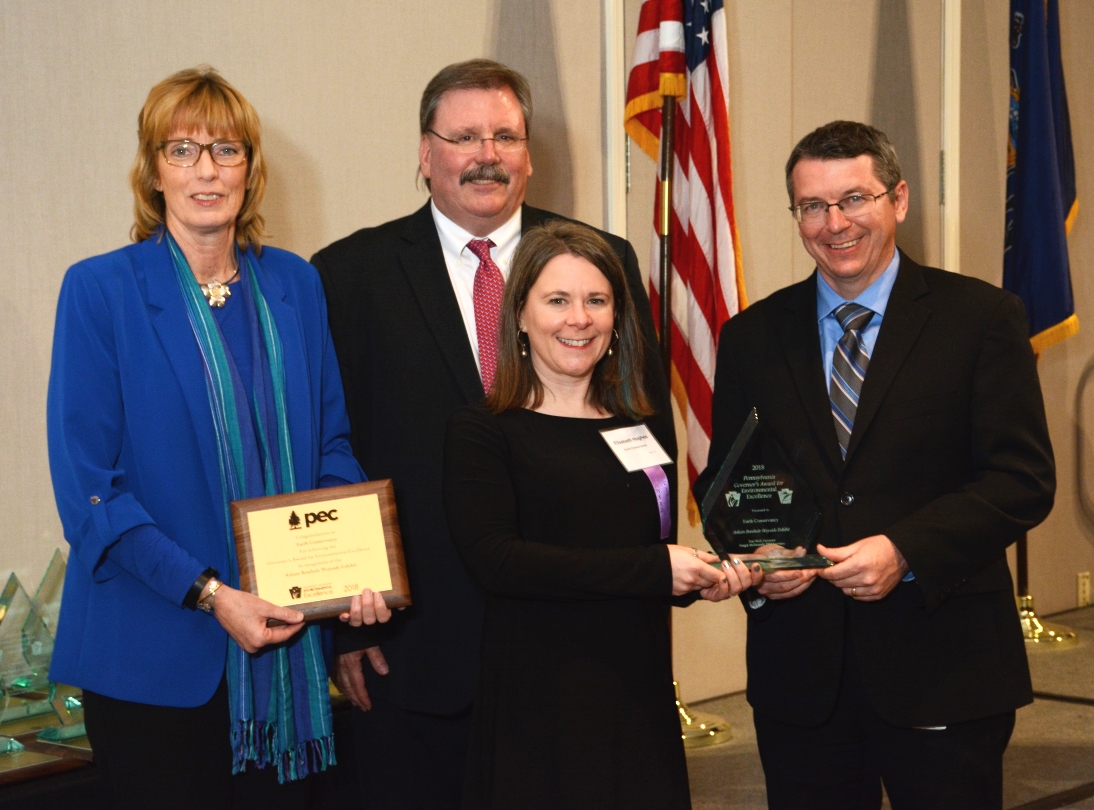 Earth Conservancy was honored to receive a 2018 Governor’s Award for Environmental Excellence for its wayside exhibit at EC’s Askam Borehole AMD Treatment System.  Thanks must be shared with our partners who helped on the project – teachers Meredith Falchek and Jared Meehan and their students from Solomon-Plains Junior High School in the Wilkes-Barre Area School District, and the staff at EPCAMR. Thanks also to those entities who supported the project through grants, including the Pennsylvania Department of Environmental Protection, Luzerne County, and ARIPPA.  We encourage everyone to visit the exhibit to better understand the issues of acid mine drainage in our region and EC’s attempts to mitigate it. Learn more about the Askam Borehole AMD Treatment system Wayside Exhibit here. 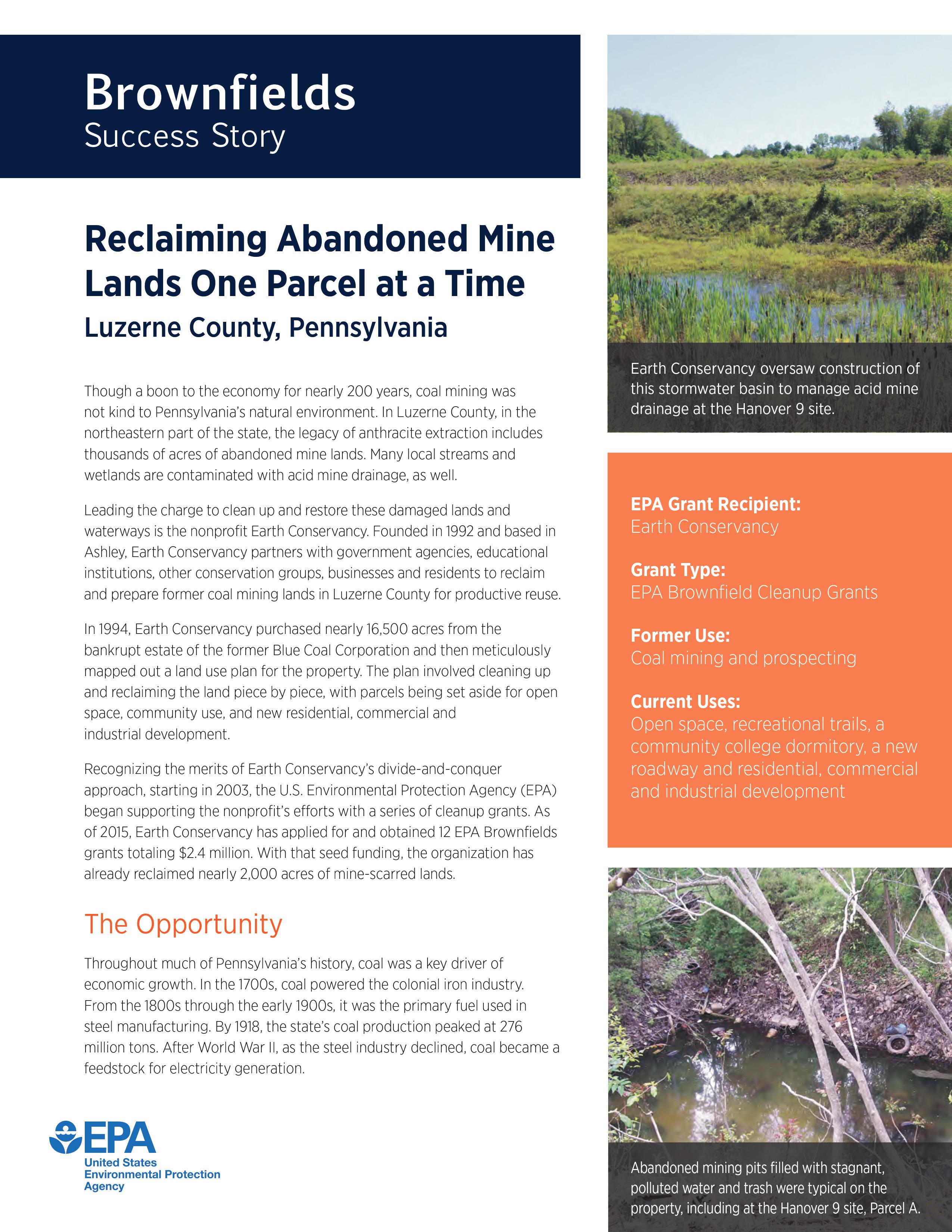 Earth Conservancy was honored to be featured as the U.S. Environmental Protection Agency’s 2015 Brownfields Success Story.  Read about our ongoing partnership with the agency for abandoned mineland reclamation by clicking here. 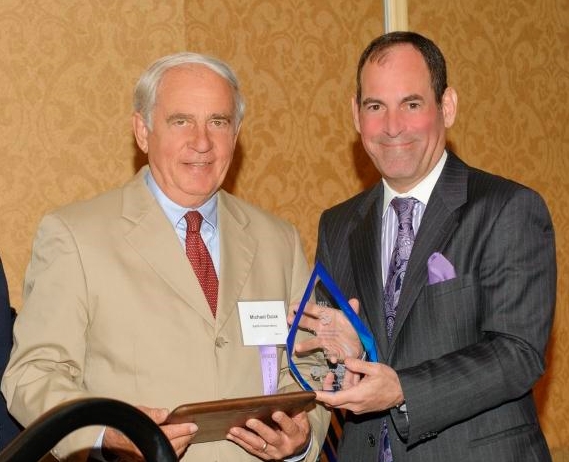 Earth Conservancy received a 2012 Governor’s Award for Environmental Excellence for the Espy Run Wetlands Enhancement Project. The project diverts AMD-contaminated water released from an underground mine seep into a treatment pond in which iron particles settle out. The cleaned water then exits back into Espy Run. The project was funded by the U.S. Environmental Protection Agency and Earth Conservancy. In July, 2019, Earth Conservancy earned a Platinum GuideStar Nonprofit Profile seal of transparency, the highest level of recognition offered by GuideStar, the world’s largest source of nonprofit information.  Over 8 million people visit their site to learn about nonprofit organizations every year.

To reach the Platinum level, EC added extensive information to its profile beyond basic contact and organizational information.  This included additional financial data; details about goals, strategies, and capabilities; and metrics of results.  The provided information not only highlights EC’s progress towards fulfilling its mission, but also demonstrates our commitment to transparency.  To view EC’s updated profile, visit GuideStar.org. North Branch Land Trust (NBLT) has been one of Earth Conservancy’s strongest partners over the years, most recently helping us to transfer over 4,000 acres into Pennsylvania’s state forest system, as well as adding in a critical section of the Delaware & Lehigh National Heritage Corridor Trail. We were honored to join NBLT at its Annual Dinner & Auctions and receive its 2018 Community Stewardship award. Our thanks to NBLT and to all those who came out and supported the event. We look forward to many future collaborations with NBLT to preserve green and recreational spaces in the region, for now and for future generations. 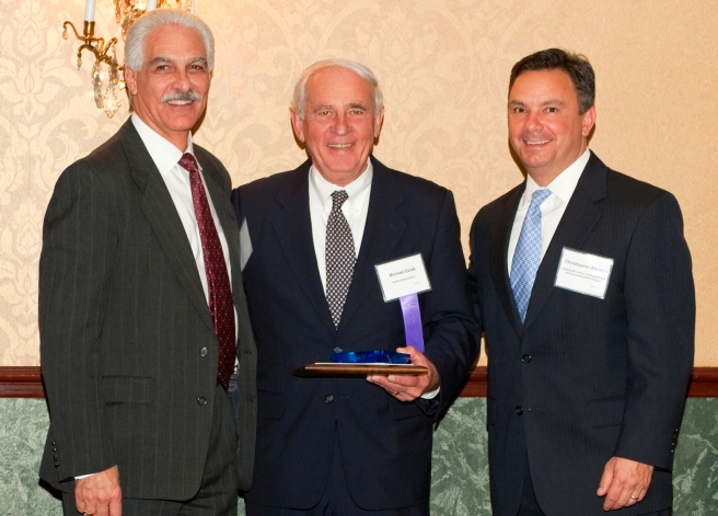 Earth Conservancy received the 2013 Governor’s Award for Environmental Excellence for its Huber IV Reclamation Project. The award, issued through Pennsylvania’s Department of Environmental Protection, recognizes entities that have engaged in work that promotes environmental stewardship and economic development in the state.

On April 17, 2013, Earth Conservancy and 15 other awardees were honored at a dinner in Harrisburg hosted by the Pennsylvania Environmental Council. Richard Allan, Secretary of Pennsylvania’s Department of Conservation and Natural Resources was the keynote speaker. This is Earth Conservancy’s sixth Governor’s award. 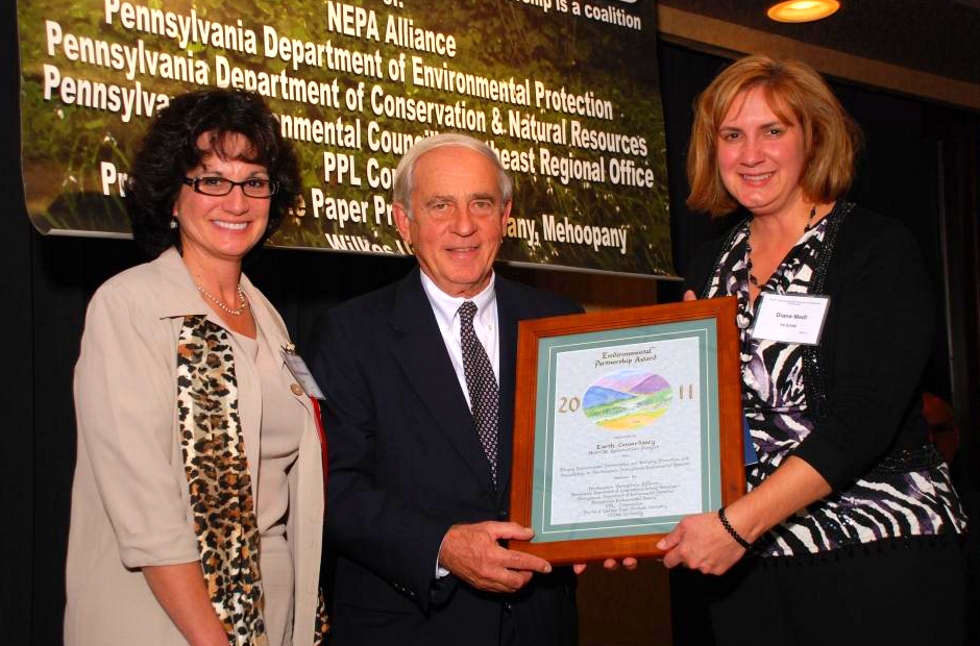 Earth Conservancy received the 2011 Environmental Partnership Award for Environmental Excellence for its Huber III reclamation project, an 80-acre mine-scarred site. Its access to S.R 29 and I-81 and location at the entrance to the Hanover Industrial Estates’ encourages local brownfield development. It also reduces acid mine drainage into the Solomon’s Creek watershed. The project was funded by Pennsylvania DCED’s Business in Our Sites Program and Earth Conservancy. 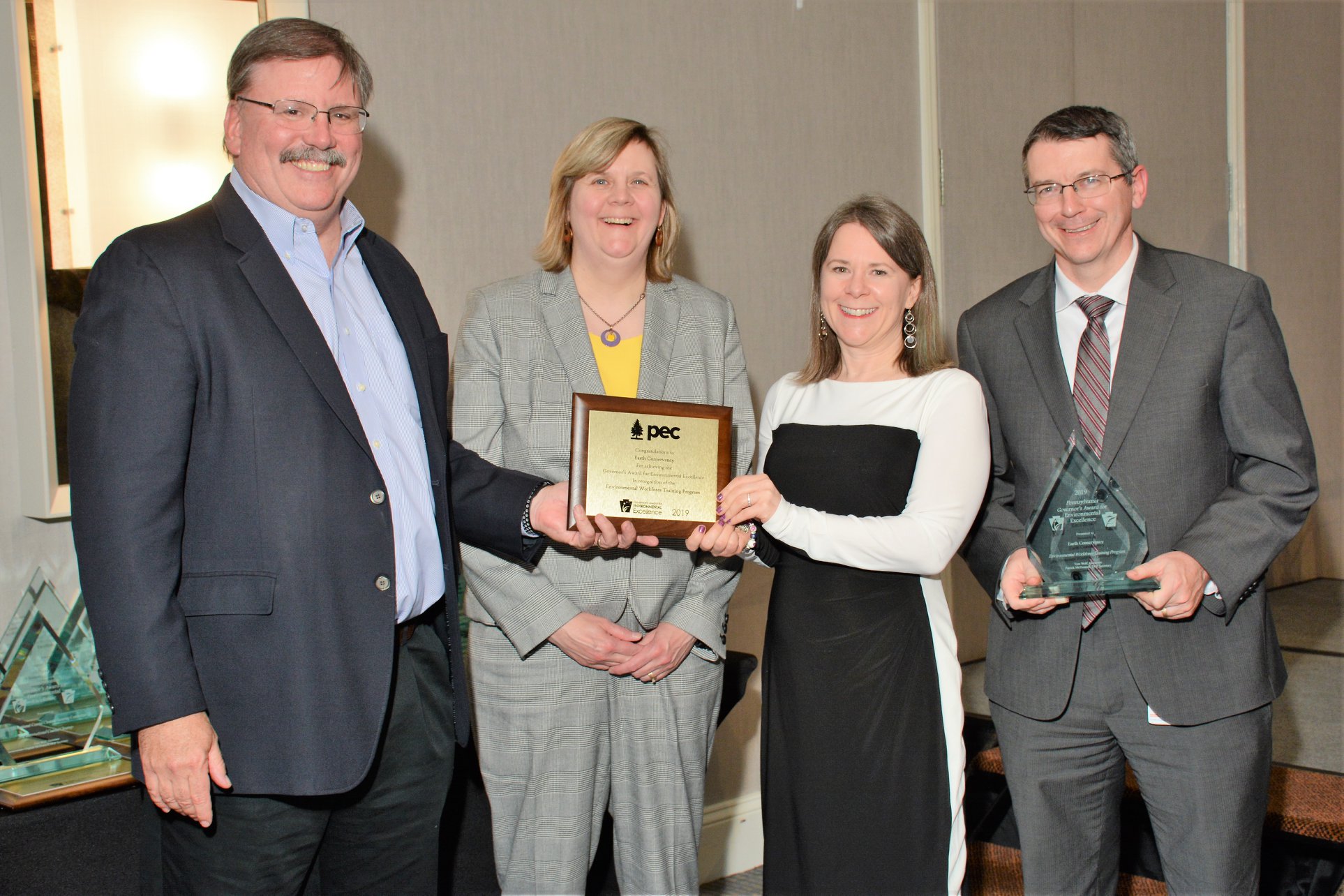 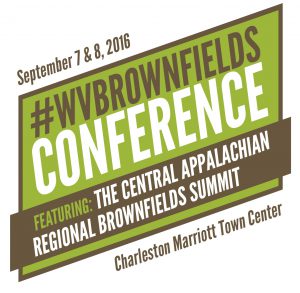 Earth Conservancy was honored to be invited by the U.S. Environmental Protection Agency to discuss its reclamation work at the 2016 WV Brownfields Conference in Charleston, West Virginia. The three-day event, hosted by the West Virginia Brownfields Assistance Center, covered all aspects of brownfields redevelopment, including planning, financing, and community engagement. EC’s presentation, given during a session on “Formerly Mined Lands” by EC’s Director of Communications, Elizabeth W. Hughes, EdD, reviewed the organization’s history, the role of land use planning in its efforts, and some of its notable accomplishments over its 20+ years. Dr. Hughes’s slideshow is available here. 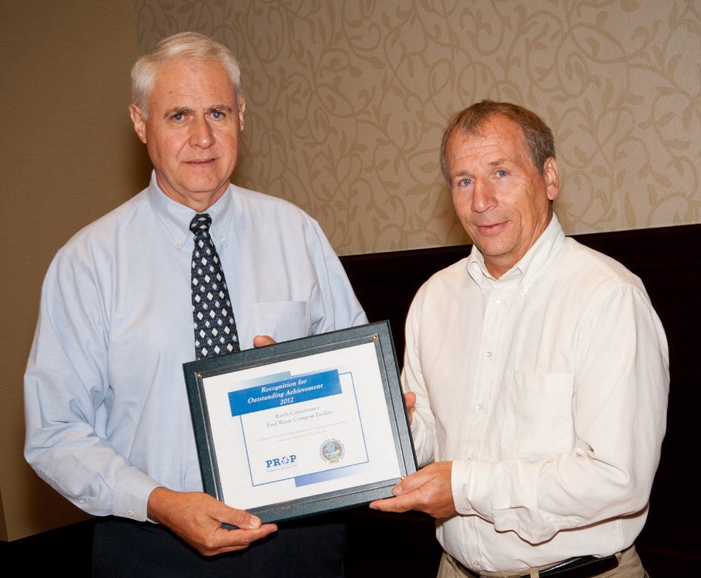 Earth Conservancy received the 2012 Professional Recyclers of Pennsylvania (PROP) Waste Watchers Award for its Leaf and Yard Waste Composting Facility. The facility processes organic materials primarily from Luzerne County residents and municipalities, and turns it into a nutrient-rich compost used in Earth Conservancy’s reclamation projects and its community garden. In 2011, the facility served 18 municipalities and processed 124,000 tons of material, saving users an estimated $3.1 million in landfill tipping fees. The compost is then available to residents and municipalities of Luzerne County, and EC regularly donates material to events like like the Newport Township Community Organization’s annual cleanup, and Kistler Elementary’s garden project. In addition, EC has partnered with organizations like the Chesapeake Bay Foundation and Pennsylvania American Water Company to improve its compost by incorporating organic materials from these entities. 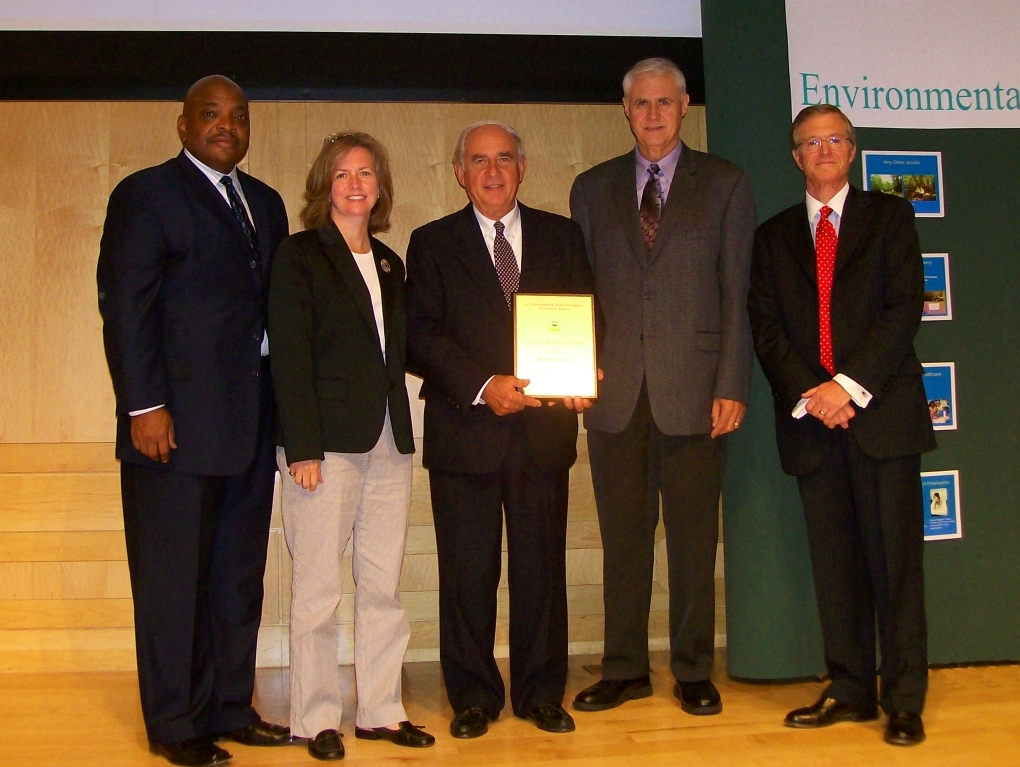 2010 Governor’s Award for Environmental Excellence
Earth Conservancy was awarded a 2010 Governor’s Award for Environmental Excellence for its Huber III Reclamation Project. The land, a former a mine waste holding area, was covered with mountainous piles of culm and coarse scrub vegetation. Now reclaimed, the site allows for expansion in the already full Hanover Industrial Estates, as well as discourages development in less conducive green areas. The project was funded by Pennsylvania DCED’s Business in Our Sites Program and Earth Conservancy.

2007 Greater Wilkes-Barre Chamber of Business & Industry Pride of Place Award
In 2007, EC received a Pride of Place Award in Environmental Enhancement from the Chamber for two projects:  the Greater Hanover Area Recreation Park and the Sugar Notch residential area. Both sites required extensive reclamation prior to development.

2002 Northeastern Pennsylvania Environmental Partnership Award
In 2002, EC and the Greater Wilkes-Barre Chamber of Business & Industry were honored with an Environmental Partnership Award for their joint effort to reclaim and redevelop a 441-acre abandoned strip mine and flood recovery landfill.  The parcel eventually was transformed into the Hanover Crossings business and technology park, a concept put forward in EC’s Mixed-Use Land Development Plan, which proposed integrated residential, business, commercial, and recreational development throughout a 2,000-acre area along the S.R. 29 corridor in Nanticoke and Hanover and Newport Townships.

2002 Pennsylvania Governor’s Award for Environmental Excellence
EC received the 2002 Governor’s Award in the Land Use Category for the transformation of a former mine-scarred site into two athletic fields in Hanover Township – now the Greater Hanover Area Recreational Park. This work marked the first step in a multi-phase project of converting 63 acres of despoiled land into a recreational facility.  After its completion, the site was donated to the community to oversee and maintain for public recreational use.

2002, 2001, 1999, & 1998 Professional Recyclers of Pennsylvania Waste Watchers Award
Sponsored by the Pennsylvania Department of Environmental Protection, the Public Recycling Officials of Pennsylvania, and the Pennsylvania Waste Industries Association, the Waste Watchers Award recognizes public and private efforts in recycling and waste reduction programs in Pennsylvania.  EC received the award four out of five years for its yard and leaf waste composting operation in Newport Township, Pennsylvania.  Composted material is frequently used on EC projects, including for plant establishment on our wetland projects, revegetation work on our reclamation sites, and during volunteer tree-planting initiatives.

1999 Pocono-Northeast Award for Environmental Action – Second Place
EC earned a second-place award from the Pocono Northeast Development Fund for its volunteer tree planting initiative, which helps reforest former mine-scarred lands in Luzerne County. Each spring, EC organizes volunteers from local schools and the community to plant seedlings on its reclaimed lands. To date, more than 1,000 children and adults have planted more than 5,000 seedlings.

1998 Pocono-Northeast Award for Environmental Action – Honorable Mention
The Pocono Northeast Development Fund recognized EC in 1998 for its environmental evaluation of a 230-acre, mine-scarred and debris-filled site in Hanover Township.  No contaminants exceeding hazardous levels were found; consequently, the land was suitable for development. This site was rezoned for light industrial use.  A portion has been developed into a business park by the Greater Wilkes-Barre Chamber of Business & Industry.

1998 Pennsylvania Governor’s Award for Environmental Excellence
In 1998, Earth Conservancy earned its first Governor’s Award for its development of its Land Use Plan.  The plan presented a long-term, comprehensive strategy for the reclamation and reuse of EC’s 16,300 non-contiguous acres, which spanned twenty municipalities in Luzerne County.  Implementation began in 1997.  It was estimated, at the time, the plan would take 25 years to complete.

1996 Pocono-Northeast Award for Environmental Action – Second Place
In 1996, Earth Conservancy earned a second-place award for Environmental Action from the Pocono Northeast Development Fund for the environmental and community contributions of EC’s Yard and Leaf Waste Composting Facility. Material is accepted from Luzerne County residents and municipalities free of charge, and the resulting compost is used in reclamation projects and occasional community plantings.