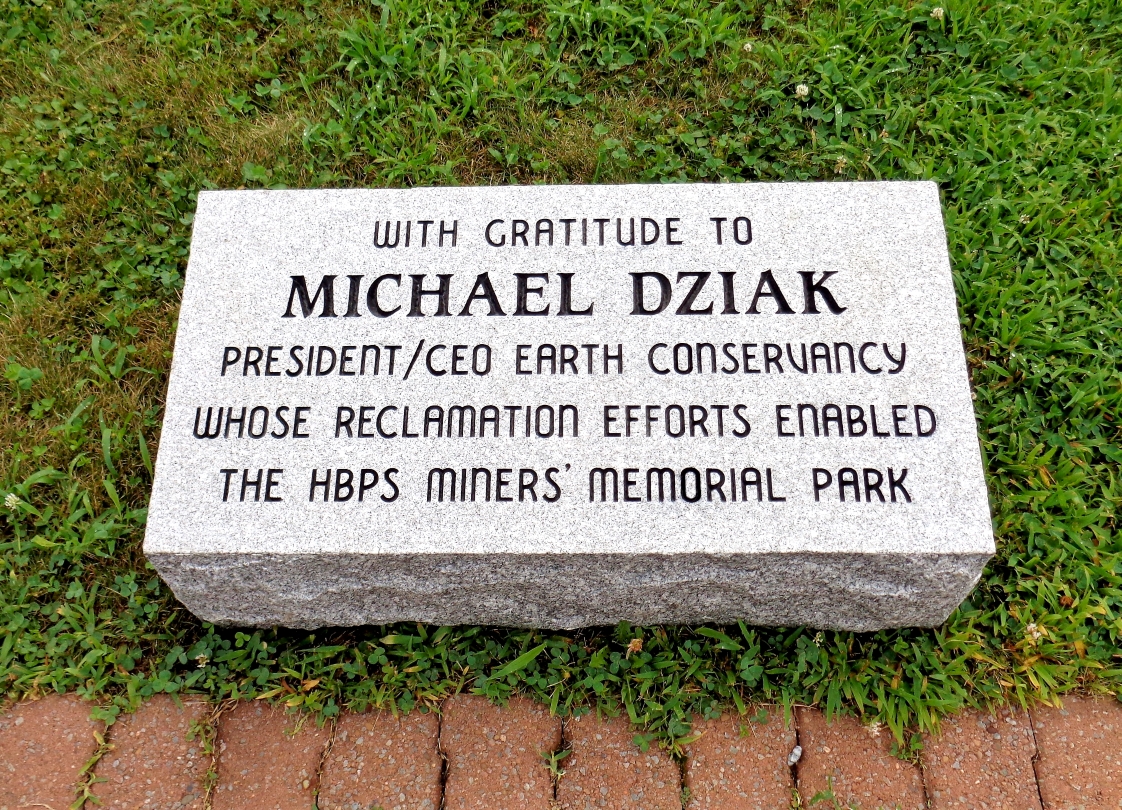 On Saturday, July 20, Mike Dziak, EC’s President and CEO, was honored by the Huber Breaker Preservation Society (HBPS) with an engraved stone marker during a Heritage Day program at the Anthracite Miners’ Memorial in Ashley. Despite the heat, the event was well-attended, including state Rep. Eddie Day Pashinski; representatives from the offices of state Rep. Aaron Kaufer; state Sen. John Yudichak; Dziak; historian Tony Brooks; and members of HBPS. EC donated three acres to the HBPS for the memorial site, as well as developed plans for a heritage park centering on the connected Ashley Planes. A second marker was awarded to William Landmesser, a longtime supporter of HBPS and its work. Read more about the event in The Citizens’ Voice here.